Dabiq’s few remaining men worked on the odd building project: a half-finished mosque, a humble house for one local who had just returned after 10 years labouring in Lebanon, or a fence for the shrine that was the town’s only showpiece – the tomb of Sulayman ibn Abd al-Malik. The Ummayad caliph was buried under a mound of earth in 717, which over many centuries had somehow grown into a small hill. The war was happening elsewhere, it seemed. 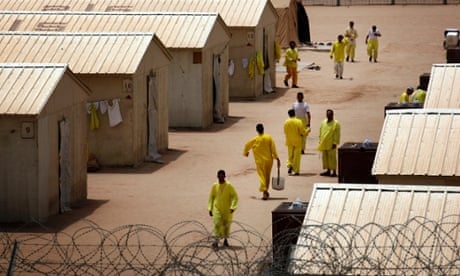 Isis: the inside story

That was until the jihadists of Islamic State (Isis) arrived in early 2014, an event that the Dabiq elders had feared from the moment the war began – and which the new arrivals had anticipated for much longer. To the foreigners, and the leaders of the new militant juggernaut who were beckoning them, the war had by then entered a new phase that would transform the tussle for power in Syria into something far more grand and important. For them, the conflict that was slicing the country apart was not merely, as the Syrian opposition had seen it, a modern struggle between a ruthless state and a restive underclass. The jihadis instead saw themselves at the vanguard of a war that many among them believed had been preordained in the formative days of Islam.

One of the earliest sayings of the Prophet Muhammad – a hadith – mentions Dabiq as the location of a fateful showdown between Christians and Muslims which will be a precursor to the apocalypse. According to another prophecy, this confrontation will come after a period of truce between Muslims and Christians, during which Muslims – and only puritanical Sunnis fit the definition – would fight an undefined enemy, which in northern Syria today is deemed to be “Persians”.

“The Hour will not be established until the Romans [Christians] land at Dabiq,” the hadith says. “Then an army from Medina of the best people on the earth at that time will leave for them … So they will fight them. Then one third of [the fighters] will flee; Allah will never forgive them. One third will be killed; they will be the best martyrs with Allah. And one third will conquer them; they will never be afflicted with sorrow. Then they will conquer Constantinople.”

Now, close to 1,500 years later, have come waves of fighters who paid strict heed to these prophecies – and see the rise of Islamic State as a crucial turning point in a centuries-long battle of civilisations. For their purposes, the “Persians” today are not simply Iran, but also the Alawite regime that controls Syria and the Shia militias from around the region who have come to its defence.

Tue Sep 22 , 2015
1. Cuba libre? President Raul Castro has granted Cubans more religious freedom in recent months, and even said that Pope Francis has inspired him to consider joining the Catholic Church. Castro is expected to attend the Pope’s public Masses in Cuba, and Vatican officials have hinted that Francis may meet […]