Not since the Wright brothers flew the first powered aircraft near Kitty Hawk in 1903 has the competition been so intense. The technology that can give us the world’s first affordable and easily pilotable flying car is almost here.

Several start-ups are already moving their prototypes forward and the race is on.

But just like the early days of flight, there are several schools of thought about which model will be the most efficient, workable and worthy of being the template for the future.

No need for a runway

“For me, it has to be vertical take-off and landing,” said Daniel Lubrich, the managing director of Krossblade Aerospace Systems. “I think this idea of an aircraft you can drive on the street but you still have to find an airport for is nice, but it doesn’t really solve the problem.”

His Arizona-based team has developed a concept for a hybrid five-seat transformer airplane called a SkyCruiser.

Looking a bit like the lovechild of a futuristic light plane and the flying vehicle known as “The Bat” from the movie “The Dark Knight Rises”, the SkyCruiser sports foldable wings and four foldable rotors with electric motors powered by a Wankel rotary engine generator.

The quadcopter concept would allow the flying car to take off vertically from a traffic jam, for instance, without the need for a runway. 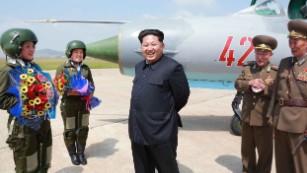